UK secretary of state for transport Chris Grayling opened the 2018 Airport Operators Association annual conference last Monday (29 October) without knowing, so he claimed, what the chancellor would say in his Budget speech in Parliament later in the day. 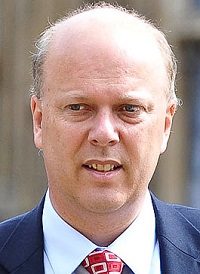 Asked by moderator Mishal Husain what would happen in five months' time if no Brexit agreement had been reached, he admitted talks on post-Brexit flights between the UK and EU had not even started. He remained optimistic, but added the “process is not in our hands”, adding: “There is no way that flights will stop.”

“But I haven’t met one single person either in the commission or a member state who believes there will be an interruption to aviation.”

Grayling pointed out Ryanair boss Michael O’Leary, who has repeatedly claimed flights could be grounded, is “selling tickets for next summer and expanding the number of routes between the UK and the European Union”.

He added: “There is no way that flights will stop between the UK and the EU after March.”