With an announcement regarding the opening of the new Eilat Ramon airport due imminently (BTN is visiting next week), controversy continues to rage regarding Tel Aviv’s small Sde Dov airport, to the north of the city.

Sitting by the beach, the 1,750m strip handled around 700,000 passengers last year, mainly to Eilat, but also Rosh Pina and Larnaca (Cyprus). It is home to Arkia and Israir.

The problem with Sde Dov is its land value and potential as another suburb for Tel Aviv. In July, Prime Minister Benjamin Netanyahu declared that the airport should be completely closed down, and that flights transferred to Ben Gurion Airport, east of Tel Aviv, while the possibility of building an airport on an artificial island off the Tel Aviv region coast could be considered in the future.

The Israel Hotel Association has now joined the struggle against shutting Sde Dov with an urgent outcry against the closure, stating: "Closing down Sde Dov means cutting off oxygen to Eilat" because it will damage both tourism and residents of the town, whose main mode of air transportation to central Israel will be cut off.

Currently domestic services to Eilat from Ben Gurion Airport, and its big airport syndrome, are on a more limited scale than to the well-positioned regional operation. 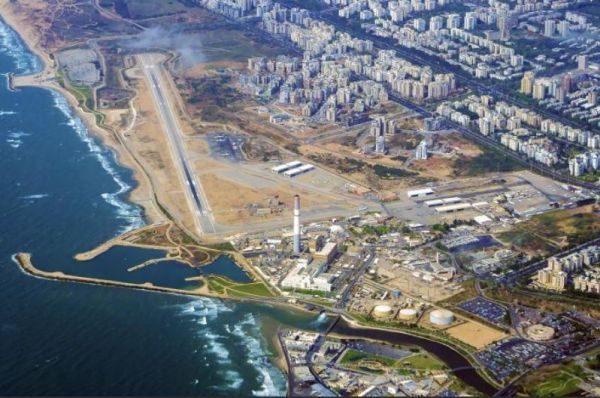