A new framework to assess airline seating policies is being set up by the Civil Aviation Authority after a report found confusion among passengers about whether they had to pay in advance to sit together. 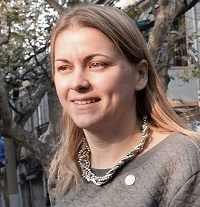 The CAA research concluded this was one of respondents’ biggest concerns, with seating policies varying between airlines meaning those flying with some carriers were more likely to report being separated than those flying with others.

Among key concerns raised was the fact some passengers with reduced mobility may have paid to be seated with a carer when the airline would have seated them together free.

On transparency, the report noted people might not always understand the likelihood of being split up, leading them potentially to pay the optional fee even when the chances of being split up were low.

Aviation minister Liz Sugg added: “Passengers rightly expect to be charged fairly for services and allocated seating is clearly a concern. We will be working with airlines to explore ways to make prices clearer and more transparent.”

In days of yore charging for a seat reservation on top of the fare was something that low-cost airlines did to bump up revenue. Now it has become the norm, no matter with whom one flies - or can someone tell me differently? If carriers are so desperate for the additional income, why not simply add it to the fare? I get irked by the host of extras nowadays. What ever happened to good old-fashioned customer service when the passenger was king?