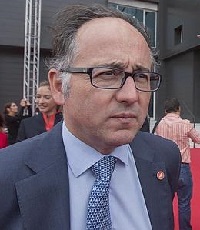 Iberia said starting in July it will raise its capacity on routes to Montevideo, Quito and Rio de Janeiro, offering daily flights to all three cities, while in July and August next year it will fly 10 times a week to Lima.

Along with opening Buenos Aires and Chicago to the A350, Iberia will also introduce its Premium Economy class on flights to Johannesburg and Havana.

The airline said in a statement: “Iberia continues to bet strongly on Latin America and plans to raise capacity on several routes there in the 2019 summer season.

“The airline will boost the numbers of flights and seats offered on routes to Buenos Aires, Mexico City, Santiago de Chile, Guatemala City, and El Salvador this winter.

“In addition, next summer it will expand its services to four other important markets as part of its Latin American strategy – Brazil, Uruguay, Ecuador and Peru.”

CEO Luis Gallego has also said the carrier is increasing capacity in the US market by 9% year-on-year in 2018, with more details to follow.