The project, which includes sections of bridge and artificial islands linked by a four-mile tunnel west of Hong Kong’s airport, went billions of dollars over budget and was delayed by two years.

Chinese officials, however, say they expect the bridge to cut driving time significantly between the two sides of the Pearl River and help to achieve what China calls a Greater Bay Area to bring the region’s cities closer together.

Plans for the ceremony were announced just days ahead to coincide with Xi’s first trip to China’s southern province of Guangdong in nearly six years, though his contribution to the opening was limited.

• The mainland city of Shenzhen, just north of Hong Kong, is building its own competitor bridge across the Pearl River expected to open in 2023. 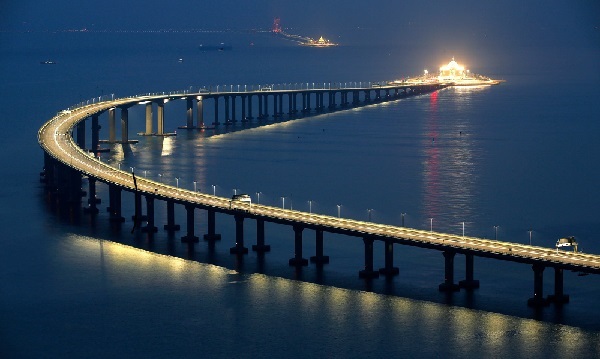