An Airbus A350-900 made headlines last week for Taiwan’s China Airlines (CAL) as it was handed over to the carrier with a joint livery combining CAL’s distinctive plum blossom logo and bird design with the exclusive Airbus A350 XWB carbon-fibre pattern. 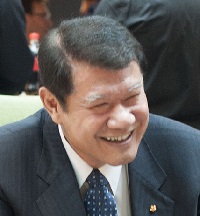 The ceremony, at Airbus HQ in Toulouse, takes CAL’s A350-900 fleet to 14, all operated on long-haul non-stop routes including services between Taipei and Europe and North America as well on selected flights in the Asia-Pacific region.

The maiden flight of the new aircraft was on Friday on the Taipei – Hong Kong route, with chairman Nuan-Hsuan Ho saying CAL would now plan to expand its route map to Milan and Prague.

He also revealed the airline was considering ordering up to six more A350s, with a decision likely to be made later this year or early in 2019.

Ho hailed the A350 XWB as “the new long-range leader in the larger twin-aisle category”. More than 200 aircraft are already in service with 22 airlines, flying primarily on long-haul routes.

As of the end of last month, Airbus had 890 firm orders for the A350 XWB from 46 customers worldwide, making it one of the most successful widebody aircraft programmes. 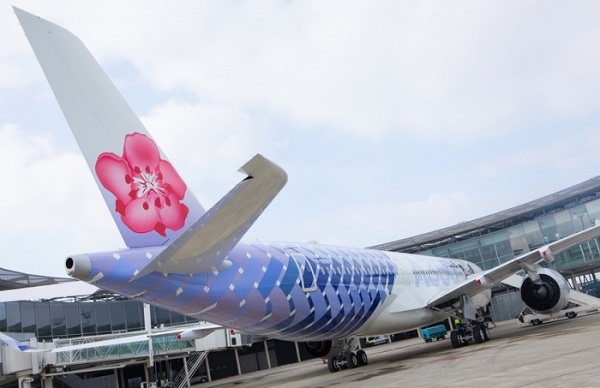