The last time the European Regions Airline Association (ERA) gathered in Edinburgh was 2013, for its regional spring conference. Simon McNamara was making his debut as the new director general. Time has moved on, writes Alison Chambers. 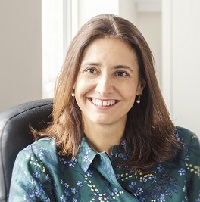 After a spell leading communications at Flybe, McNamara now returns to Edinburgh in a new role, leading IATA in the UK, while ERA’s fourth leader, Spanish-born Montserrat Barriga, takes centre-stage as director general. She will address some 400-plus delegates at the city’s convention centre venue on Wednesday.

The year 2013 was when ERA’s airlines began to shift their traditional scheduled service activity, undertaking more ACMI and charter work. This dedicated model was pioneered by the UK’s Titan Airways, which returns to ERA, marking its 30th anniversary.

Agenda themes include the environment, carbon offsetting and flight safety. Brexit will likely be aired.

This year’s keynote speaker is Scotland’s cabinet secretary for transport, infrastructure and connectivity, Michael Matheson MSP, while Wednesday night’s gala dinner and awards will be at Scotland’s National Museum.

Alison Chambers will be reporting from the Scottish capital next Monday.