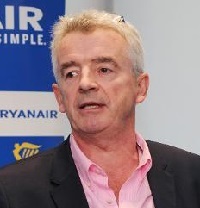 The company is also trimming winter capacity by 1% with a series of measures including closing the four-aircraft Eindhoven base and two-aircraft Bremen base and cutting the Niederrhein base from five to three aircraft.

On the finance front, the company dropped its forecast from the former range of €1.25bn – €1.35bn to a new range of €1.10bn - €1.20bn, a move it said was also partly due to expected lower fare income in the third quarter of this year.

This was because forward bookings, particularly for this month’s school half-term holidays and for Christmas – along with customer confidence – had been affected by fear of further strikes, Ryanair said.

The airline repeated its charge that the two recent five-country strikes were “incited by competitor employees” (see BTN 1 October), despite Ryanair agreeing to meet union demands.