Primera out of business

Norwegian stepped into the breach last week for passengers affected by the collapse of Primera Air by issuing half-price repatriation fares for long-haul services between London and New York JFK, New York Newark, Boston and Paris. 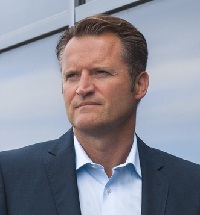 Short-haul repatriation fares were also made available between Copenhagen and Chania in Greece, Malaga, Gran Canaria and Palma De Mallorca. All the fares are available for travel until next Sunday, 14 October.

Primera, which had set out to be a contender in the low-cost long-haul market, went into administration at midnight last Monday after 14 years of operation, blaming unforeseen fleet problems. President and owner Andri Már Ingólfsson said he was “immensely disappointed”.

A statement said: “The company has been working relentlessly to secure the long-term financing of the airline. Not being able to reach an agreement with our bank for a bridge financing, we had no other choice than filing for bankruptcy.”

Primera blamed disruption to its transatlantic services, which began earlier this year, on aircraft delivery delays, despite “a fantastic start” to the low-cost, long-haul project with a brand-new Airbus 321neo fleet.

“However,” the statement added, “due to severe delays of aircraft deliveries this ended up being rocky and incredibly problematic: operational issues, cancellations of a number of flights and loss of revenues are just a few to mention.”