Thirty years of serving the UK were celebrated last week by Korean Air with a special gathering at the British Museum, where the airline has sponsored the multi-media guide for visitors since 2009.

Korean’s Seoul – London route began in September 1988 with a Boeing B747E flying via Anchorage to touch down at Gatwick. From once a week, the schedule soon increased to three a week and then in 2004 to the present daily non-stop.

The airline moved to Heathrow’s Terminal 3 in 1991 and in 2000 became a founder member of the SkyTeam alliance.

Members of the alliance in 2009 collaborated to build the SkyTeam presence at Heathrow with the opening of a shared facility and a two-floor exclusive lounge at Terminal 4 – now Korean Air’s UK home.

The airline says London – Seoul route is now one of its main routes, carrying more than 200,000 passengers in 2017 and offering a wide connecting network in Asia and Oceania via the newly-opened Incheon International Airport Terminal 2. 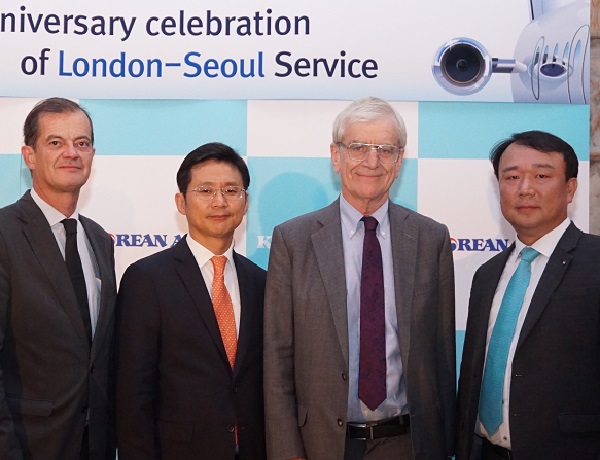