UK airports could be losing out on more than 60 new direct routes, including 15 long-haul connections outside London, because of current government policy on Air Passenger Duty (APD), a new report has found. 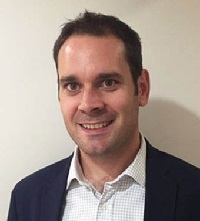 A study by Frontier Economics commissioned by Airlines UK, the industry association of 13 UK-registered carriers, looked to identify potential new connections that could receive a viability boost if the tax was abolished.

The report also found that of a sample of eight routes dropped by airlines in recent years on the grounds that they were loss making could have been viable if APD had been abolished.

The purpose of the report was to describe how APD – the departure tax paid by all passengers taking off from a UK airport – impacts on airline route economics and capacity decisions.

A few years ago Korean Air operated into Gatwick. Inbound flights high load factor, outbound not too good. Why ? APD, pax chose to return to Asia from. European airport. Result - Korean Air cancels service. When will this government ever learn.