Keith Williams, the former chief executive of British Airways, has been recruited by transport secretary Chris Grayling to head a review of Britain’s railway systems. 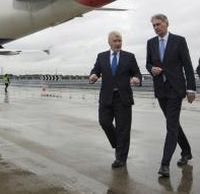 The latest review will explore the relationship between state-owned Network Rail and privately-run franchises. Grayling has long been keen on closer integration between track and train.

Williams, 62, will juggle the job alongside his chairmanship of Halfords, his deputy chairmanship of department store chain John Lewis and non-executive posts at Royal Mail and Aviva.

Mr Grayling had previously announced the appointment of Declan Collier as his preferred candidate for the role of Chair of the Office of Rail and Road (ORR) following an open competition.  Declan Collier late last year stepped down as CEO of London City Airport, a role which he held since 2012, and prior to that he was CEO of Dublin Airports Authority for seven years.

Following standard parliamentary procedures for a public appointment, the Transport Select Committee will hold a public scrutiny hearing with Mr Collier later this year.  The final decision on the appointment will be subject to the outcome of that hearing and he is expected to start work as Chair on 1 January 2019.