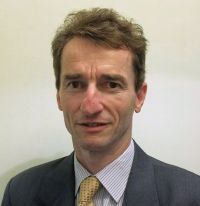 ACL is the world’s first independent slot coordinator and is headquartered in Staines, near Heathrow. It supports 39 airports worldwide, including 24 London and regional airports in the UK; plus Dublin, Cork and Shannon in the Republic of Ireland.

Rose, a former Board member of ACL, brings 20 years’ aviation industry experience to his new role, including expertise in airline regulatory affairs for Virgin Atlantic and British Airways. A former British diplomat for 11 years with postings in India and China, Rose more recently served on Virgin Atlantic’s leadership team as commercial director.

“We are delighted to welcome Edmond, with his fine pedigree of industry experience, to this enhanced new role of CEO,” said ACL board chairman Jeff Halliwell. “This senior and important appointment is a major boost for us.”

In confirming Rose's appointment, he also acknowledged the "excellent contribution" delivered by Mike Robinson, who was interim managing director following the departure of Chris Bosworth in April this year.