AND FINALLY: Queen for a day

If you don’t happen to be a Queen fan, you probably didn’t know Freddie Mercury worked as a Heathrow baggage handler before he joined the band in 1970.

Some may have forgotten but the airport hasn’t, and the anniversary of Mercury’s birthday last week was sufficient excuse for Heathrow T5 to come alive for the occasion as present-day baggage handlers performed some Mercury-inspired dance moves, set up by Strictly Come Dancing and X Factor choreographer Lyndon Lloyd.

It was also a reminder of Twentieth Century Fox’s forthcoming film about Queen, Bohemian Rhapsody, which opens in cinemas on 24 October. 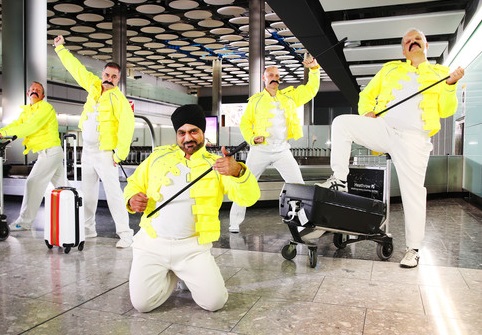 I learn something new every day. I had no idea that Freddie was a baggage handler. Thnk you