Plans to move aircraft from Dublin to Poland this winter were reversed by Ryanair on Friday after the dispute with its Irish pilots was settled, with members of the Irish Air Line Pilots' Association voting unanimously for new working conditions. 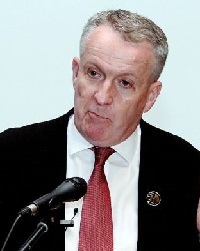 Ryanair said the decision was taken in response to a mediation agreement which had ended “unsuccessful but damaging strikes” by some of Ryanair’s Irish-based pilots during July and August.

Union spokesman Captain Joe May said: "After decades of declining terms and conditions, pilots in Ryanair have now found a unified voice. When pilots are treated fairly and transparently, they will be motivated to contribute to a company’s success.”

• Elsewhere, Ryanair has complained formally to the European Commission and the CAA over delays at Stansted, claiming air traffic control provider NATS is discriminating against it and the airport, which NATS denies.

The move follows publication of the CAA's Oberon Report, which shows Stansted suffered 52% of all NATS-related delays in the first quarter of 2018.

Ryanair COO Peter Bellew noted Heathrow by contrast had 0%, Gatwick 10%, Luton 30% and London City 8%. "Ryanair and Stansted are clearly being discriminated against by this UK-airline-owned ATC provider”, he added.