Sir Brian Burridge, a former commander-in-chief of RAF Strike Command and most recently an independent consultant, has been appointed the new chief executive of the Royal Aeronautical Society, replacing Simon Luxmoore, who is leaving after nine years. 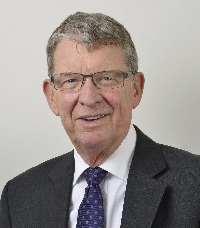 Before becoming a consultant, Sir Brian spent ten years with Leonardo, a top-ten global high-tech manufacturer in the aerospace, defence and technology sectors, rising to the position of senior vice-president.

Earlier, Sir Brian spent a full career as a pilot in the RAF, holding a frontline command at every level in the service, including the national joint command in the 2003 Iraq war. He left the RAF in 2006.

Sir Brian read physics and electronic engineering at Manchester University and holds an MBA from the Open University and two honorary doctorates. He is now a visiting professor at the University of Reading.

He said: “The future in aerospace and aviation will be confronted by both political challenge and technological opportunity, aspects with which our founders were very familiar more than a century and a half ago.

“I am excited and honoured by the prospect of taking this world-class learned society into this new era in the knowledge that we can build on some very firm foundations.”