Further progress in calming labour relations was reported by Ryanair last week as the airline said it had signed its fourth cabin crew union recognition agreement with the union Fórsa. 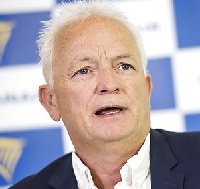 The carrier said it now looked forward to working with Fórsa and cabin crew representatives to conclude an early Collective Labour Agreement (CLA) for its directly-employed cabin crew based in Ireland.

The agreement follows Ryanair’s cabin-crew recognition deals with the Anpac, Anpav and Fit-Cisl unions in Italy, Unite the Union in the UK and the Ver.di union in Germany.

The cabin crew vote comes after Fórsa also signed and recommended a mediation agreement to Ryanair’s Irish pilots, who are currently in the voting stage to approve the motion.

Ryanair human resources chief Eddie Wilson said: “We welcome this first CLA with our Italian pilots and hope that it will be shortly followed by a similar agreement covering our Irish pilots.”

“We have invited our UK, German and Spanish unions to meet with us in the coming days so that we can negotiate and hopefully agree on similar pilot CLAs in these other larger markets.

“This is a further sign of the progress Ryanair is making since our December 2017 decision to recognise unions, with over 65% of our cabin crew now covered by recognition agreements.”