The chief executive of the group which runs Glasgow, Aberdeen and Southampton airports has effectively backed claims that a no-deal Brexit could wreck ex-UK air travel. 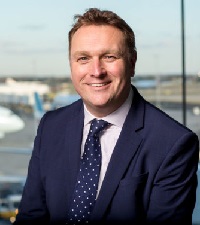 Derek Provan, head of AGS Airports, said a “worst case scenario” could see aircraft grounded because most flights are routed through the EU and without a deal on airspace protocol it would be impossible for them to take off.

He noted that dozens of agreements currently allow airlines to enter EU countries’ airspace, but these would be rendered void at the end of March next year if the UK government fails to secure a Brexit agreement.

Lennon also pointed out there was visa uncertainty about entry into Europe post-March 2019, and claimed UK travellers would no longer benefit from the EU-led abolition of data roaming charges.

On the last point on roaming charges, did I not read recently that mobile service providers have undertaken not to re-introduce separate roaming charges for the EU deal or no-deal?

It is unlikely that overflights will be denied as It should be bourne in mind that any EU overflight deal must consider reciprocal rights to EU originating flights to North America and Iceland which fly through UK airspace.