All systems are go for Qantas to launch non-stop flights between London and Sydney in four years’ time, according to the airline’s CEO Alan Joyce last week in his latest briefing on the subject. 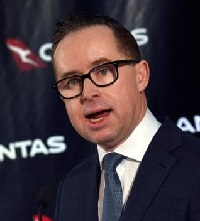 The prediction comes on the heels of the London – Perth non-stop flights launched by Qantas earlier this year (BTN 26 March) and a year after Joyce challenged Airbus and Boeing to design a suitable aircraft for the next step.

Joyce said last week the manufacturers had succeeded. “We’re now comfortable that we think we have vehicles that could do it,” the CEO told the Australian Business Traveller newsletter.

Qantas’s so-called Project Sunrise, which also foresees a Sydney – New York non-stop, involves configuring an aircraft that can take around 300 passengers and luggage farther than any regular service to date, with fuel in hand.

Suitable interior layouts for the extra-long flights – the Sydney service is calculated at 20hr – are also being debated, with bunks, child-care facilities and even somewhere to work out, Joyce said: “We’re challenging ourselves to think outside the box.”

If the first routes prove viable in 2022, direct connections from major cities in the Americas, Europe and Africa to Australia could follow, he added. 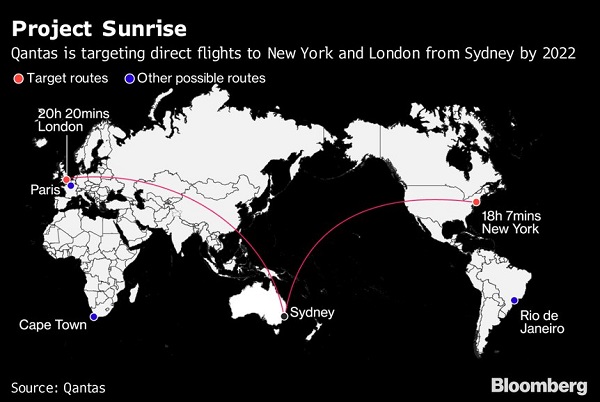