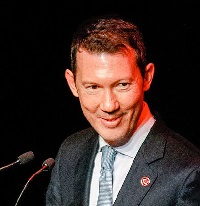 The unions are drawing up a list of demands following discontent at the appointment of the group’s first foreign head and the 300% salary increase said to have lured him from Air Canada.

The demands are likely to include higher pay for all staff, a growth strategy that safeguards jobs and the prioritisation of expansion at Air France over the group’s more-profitable Dutch partner KLM, union spokesmen told Bloomberg News.

The agency said talk of an immediate strike has been put on hold, but Smith’s potential annual pay of €4.25m would become a focus for discontent if the demands were not met. Strikes have already cost Air France-KLM €335m this year.

In the Netherlands, the Dutch pilots’ union VNV has also said it will strike unless management submits improved offers to ease their workload. Rejecting a last-minute offer by KLM on Thursday, the union said stoppages could begin next month.