Senior appointments have been announced at the Stobart Group, which owns Southend Airport, in what chairman Iain Ferguson described as a move to “strengthen the board” in the commercial and listed-company fields. 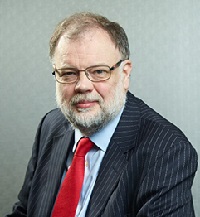 Nick Dilworth, who joined as group commercial director in November 2017, becomes chief operating officer as of 1 September. He was previously with BES Utilities, where he was managing director.

Michael Williamson, described by Ferguson as bringing significant finance leadership experience gained over the past 25 years, has been appointed interim chief financial officer from 10 September.

In another appointment, Ginny Pulbrook, who has more than 30 years’ experience as a board level adviser, will join the board as a non-executive director from 1 October.

Ferguson said: “We have moved quickly to strengthen the board, and are pleased to have been able to appoint such experienced directors. Nick and Ginny will make major contributions to delivering our strategy.

“Nick has already supported the commercial progress of the company through his work with the leadership teams of our operating divisions. Ginny will add further commercial insight as well as bringing significant experience of providing strategic advice to the boards of some of the UK’s largest companies, while Michael, who has considerable PLC experience, will oversee the group’s finance function.”