Travellers are stressed, frustrated and feel out of control when picking up a hire car according to a survey of 2,000 British customers. Over half (58%) said that collecting a hire car is unnecessarily complicated and stressful. 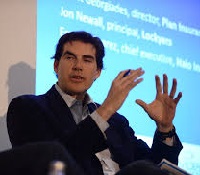 The survey, commissioned by standalone car hire excess cover provider iCarhireinsurance.com, found only 16% felt in control at the rental desk with 23% experiencing impatience and 25% reporting stress.

More than half (52%) said they were shocked at the price of the extras sold at the rental desk and 17% said they had unexpected charges added. Nearly half (49%) said they felt concerned after signing an agreement they did not understand all the terms and conditions.

Ernesto Suarez, founder and CEO of iCarhireinsurance.com, said: “Hiring a car is the perfect way for business travellers to get around, but it's a shame it's being tainted with the poor experience many seem to suffer at the rental desk.

"Nothing can be done about the length of the queue, but bringing your extras such as a satnav and excess insurance cover with you can speed things up, not only saving time but saving you a small fortune on your budget."