Ups and downs from American

A new seasonal daily service between Phoenix in Arizona and Heathrow is a key element in an expansion by American Airlines of its European network, but Scotland and Ireland are losing key routes in a “realignment”. 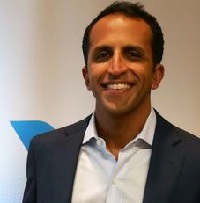 Dublin and Edinburgh services to and from New York JFK end on 27 October, while Glasgow is losing its Philadelphia route, which is moving to Edinburgh two days later. However, Edinburgh’s gain is at the expense of its New York link, which is also being axed.

With American citing increased fuel prices and growing competition generally, Manchester is also affected in the routes reshuffle, with the Chicago service ending next Monday, 3 September.

Phoenix is one of nine routes the airline is adding which it says are designed to meet customer demand while suspending service between Chicago O’Hare and Shanghai Pudong in October and cutting back on Chicago – Narita International from December.

The addition of the Phoenix – Heathrow service, operated by two-class Boeing B777, means American and British Airways, American’s transatlantic partner, will now operate more than 70 flights a day to London from North America.  American's VP network and schedule planning Vasu Raja said: "Our transatlantic partnership with BA continues to strengthen.”