The extent to which airlines are ripping off passengers who buy food and drinks inflight has been revealed in new research from travel money specialist FairFX. 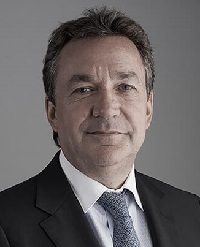 In a report on the study, the Mirror newspaper said some carriers are charging more than 50% more than high street cafés for a cup of tea.

A cup of coffee in the air could set a passenger back 38% more than Starbucks, Costa and Pret-a-Manger, while for those with a sweet tooth, FairFX compared prices of KitKat chocolate bars, with airlines charging an average of £1.50 for the treat – 150% more than the average price of 60p in UK supermarkets.

FairFx noted that British Airways had teamed up with Marks and Spencer for its inflight menu, but the research revealed prices in some cases could be up to 80% higher than the high street price.

FairFX CEO Ian Strafford-Taylor said: “Travel operators, airlines and airports are not averse to profiteering from passengers, so it’s important people stay alert to the different tricks and traps that are so easy to fall into.”

All very true but how much extra does it cost to get that food on to the plane? Genuine question.

Last week I made a reservation and asked for an aisle seat; “that will be $40 extra or $80 round trip” I was told. When I asked why, the reply was that an aisle seat is considered a “premium seat”. “What if I don’t have the $80? I was told to try my luck and take what seats were left, most probably in the middle of the row. So I caved in and paid for the “premium” seat. On board I discovered that my “premium” aisle seat was in fact a “penalty” seat. The gentleman seated on the inside next to me must have had some bladder problem. Every 20 minutes he tapped my shoulder, muttered an “excuse me” and I had to get up to let him out. In addition to his weak bladder, he was a restless fitness fanatic because he got in and out of his seat several time to stretch his legs, walk up and down the aisle. At the end of the flight I was exhausted; irritated at having been conned to pay $80 bucks for what turned out to be “a seat in Hell”!