Wizz hits back on punctuality

Airspace congestion and slot restrictions at UK airports were blamed last week for affecting on-time performance at Wizz Air after the carrier was singled out in an analysis of CAA statistics as least punctual of the biggest airlines operating in the UK last year. 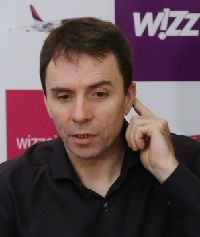 A Press Association investigation said the Hungarian low-fare airline, which has become one of the biggest operators at Luton Airport, had the worst punctuality record of 2017, with flights averaging 23min late.

The CAA data covered 44 airlines that operated at least 2,000 scheduled services from British airports in 2017, taking into account every flight excluding cancelled services. The average delay across all flights was 15min.

The worst airlines for punctuality, according to the CAA, were Wizz Air, Norwegian Air Shuttle, Vueling Airlines, Thomas Cook Airlines and BMI Regional.

Stars of the survey were Scandinavian Airlines, named as the most punctual, with flights departing on average only 7min behind schedule, Aer Lingus in second place, followed by Air France, Alitalia and Delta Air Lines.

Wizz Air said it invested heavily in time performance adding: “It is... worth noting issues specific to the UK, including airport infrastructure, airspace congestion and slot restrictions, contribute to a significantly worse time performance on our UK routes compared to the rest of our network.”