Frequencies on planned new direct services between Manchester and Mumbai by Jet Airways have been increased ahead of the launch of flights on 5 November. The airline says it will now offer five flights a week instead of four despite a financial hiccup at the weekend. 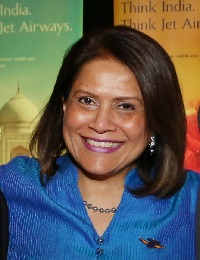 As previously announced (BTN 21 May), Jet Airways will use an Airbus A330-200 on the route with Première (business) and Economy classes. Flights will now be operated on Mondays, Thursdays, Fridays, Saturdays and Sundays.

General manager UK and Ireland Lydia Nazareth said: “Jet Airways is committed to deepening commerce ties between the UK and India and this expansion allows us to give further choice to business and leisure travellers between Mumbai and the north of England.”

Clouds appeared on the horizon on Friday however, against a background of growing financial problems confronting some Indian carriers at home and shares in Jet, India’s oldest privately-owned airline, falling sharply.

Reuters news agency reported the fall followed an announcement from Jet that auditors had failed to sign-off its first-quarter earnings report. The airline had to postpone publishing the results just days after denying reports it had told staff it was running out of money.