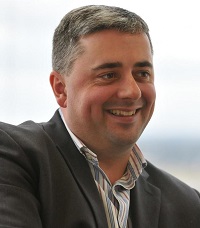 The new three-a-week Airbus A330-200 service from China’s second biggest airline, China Eastern, begins on 7 December and will connect the UK to one of the world’s leading business centres.

Shanghai is seen as the showpiece of China’s economic growth. Like London, it is a global financial centre and the leading city driving the Yangtze River Economic Zone, accounting for 20% of China's GDP and responsible for a third of its imports and exports.

The launch of the new route follows the busiest July in Gatwick’s history, which saw Asia routes up 134.8% compared with July last year, New York up 67.5%, Boston by 58.7% and Las Vegas by 32.5%. Tampa was 5.3% up in passenger numbers, ahead of new Norwegian flights between Gatwick and the Florida city from this October.

Gatwick CEO Stewart Wingate said: “July’s figures show Gatwick’s long-haul network driving our growth. Connections to China and other non-European countries will be extra significant post-Brexit as we become more reliant on them to generate vital growth through trade and the other business opportunities they provide.”