ON TOUR: The RAF Museum

One of London’s top aviation attractions has been given a £26m new look. Richard Cawthorne went to explore.

Once upon a time, you didn’t have to be an aviation buff to enjoy the RAF Museum in London, but it helped. Almost everything you might have felt you needed to know about the development of flight from the early years of the 20th century onward was here. Granted, it was in a mostly military context but given that today’s fighter is tomorrow’s wide-body superjumbo, it was forgivable.

Now, £26m later, you don’t even have to be an enthusiast. The former Hendon airfield has flown at almost supersonic speed into the new era of museums, where presentation and setting can inspire whole new audiences to appreciate what’s on show, even if they don’t know much about the subject in view, in this case aeroplanes.

The London site has just reopened to the public – appropriately enough on Armed Forces Day – after being given its lavish fresh coat with new immersive galleries, supported by a transformed visitor experience which includes a new learning centre. There is also new landscaping drawing on the heritage of the London Aerodrome and RAF Hendon, a new visitor centre including a café and shop, and a new restaurant housed in a 1930s’ RAF building at the heart of the site. It is now the only place where you can test your flying skills, explore RAF stories, sit inside an iconic cockpit and enjoy a picnic in a single day. 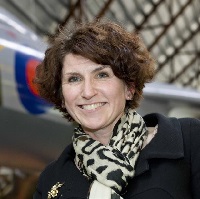 The day before the public were invited back in, the newly-refurbished complex was given a royal send-off with a visit from the Earl of Wessex, who, again appropriately, landed in a helicopter of 32 Sqn to be greeted by, among others, museum CEO Maggie Appleton. Her view of the new approach was exact: "We know that three quarters of our visitors don't have knowledge of the RAF or even a specialist aviation interest," she said. "They come for a day out to a free national museum and this transformation has enabled us to be more interactive and provide a more immersive experience. We have beautiful spaces indoors and out. On our new lawn, people can come with their families, bring a picnic and just spend time enjoying being here."

The major part of the 20-month redevelopment project at the museum was devoted to transforming Hangar 1, which now houses the museum café and a new restaurant in the shadow of a giant flying boat. It is also the site of the new immersive galleries focusing on the people of the first 100 years of the RAF, 1918 – 2018, with stories, objects, film and games revealing the people, innovative technologies, global alliances and partnerships involved. More than 500 previously-unseen artefacts are now on display, with opportunities to handle original objects and try on RAF uniforms. Visitors can also try out their flying skills on a state-of-the-art flight simulator.

Hangar 2 is the home of the First World War in the Air: 1914 – 1918 exhibit which has been open at the museum for some time and illustrates the timeline from the earliest days of flight on the London Aerodrome site, through four years of World War to the formation of the Royal Air Force in 1918. Highlights include a display of good luck charms the early pilots, known as the Knights in the Sky, carried with them in the hope of warding off danger.

The museum's Hangar 6 building has also been renovated, with a new learning centre and an exhibition space housing a display titled The RAF in an Age of Uncertainty reflecting the huge and rapid political, economic and technological changes that have taken place in recent decades. Visitors can hear from RAF personnel who have served during this period of change and see how the RAF has adapted its strategy and technology to protect the UK 24/7. Plans call for the exhibition to be updated in five years’ time to keep abreast of current events.

For many visitors, the heart of the RAF Museum London has always been the War in the Air aircraft collection housed in hangars 3, 4 and 5, dominated by the Lancaster heavy bomber ‘S for Sugar’. The whole collection is much as it was but the hangar space has been repainted and given more light and the sections devoted to the Battle of Britain and Bomber Command, partnerships with other Allied nations and the ‘Wings over Water’ display are better defined. The Battle of Britain tribute in Hangar 3 is notable for ‘the Fighter Four’ – a Supermarine Spitfire Mk 1A, Hawker Hurricane Mk 1, Messerschmitt Bf109E-4/B ‘Emil’ and the Fiat CR42 Falco (Falcon), all of which took part in the conflict.

In Hangar 4, tribute is also paid to the role of helicopters, from the early auto-giros to the modern machines of today. Highlights include the Westland Belvedere HC Mk 1 H4 which was the RAF’s first twin-engine, twin-rotor helicopter. The museum has also launched a new digital project, “RAF Stories”, to encourage the public to build online scrapbooks of their own and their families’ experiences of the RAF over the years.

Among the most noticeable changes at the museum is the transformation of the outdoor space, with the former car park now a large green space sitting at the heart of the museum site. A circular ‘taxiway’ in the centre allows access to all the exhibitions, with the area itself designed for visitors to relax and picnic if they wish on the lawns, perhaps using one of the parachute fabric bean bags supplied.

It all adds up to an intriguing few hours in historic surroundings on the edge of the former Hendon Aerodrome. The airfield was one of the first in the country and was particularly instrumental during the Battle of Britain. It has housed the RAF Museum since 1972. And you no longer have to be mad on aeroplanes to appreciate it. 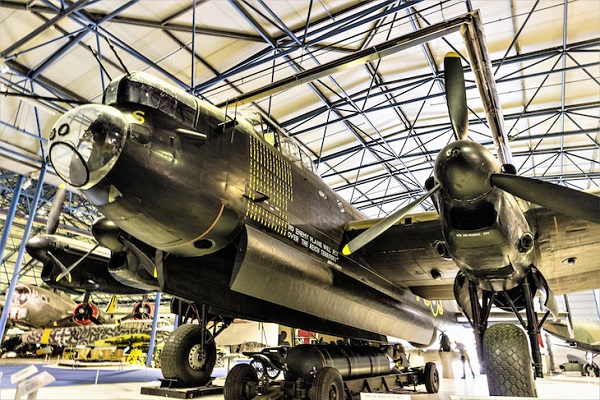