Plans to launch new African airlines in Chad, Guinea, Mozambique and Zambia by the end of the year have been outlined by Ethiopian Airlines CEO Tewolde Gebremariam, with a start likely to be made this week. 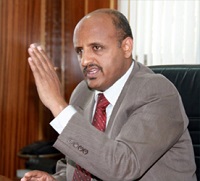 It follows the formation by the African Union earlier this year of the Single African Air Transport Market (SAATM) initiative, designed to open African skies so far dominated by airlines from elsewhere to home-grown carriers.

State-owned Ethiopian, a member of the Star Alliance and the continent’s largest airline by number of passengers, has taken stakes in several carriers as part of its own plan for the future, 2025 Vision, aiming to become Africa’s leading aviation group.

Gebremariam said he may sign the Zambia Airways deal during the coming week with a 45% stake in the new airline and plans for a start-up in October.

Ethiopian has been steadily widening its network with the addition of new routes, including one to Manchester, and is launching services between Addis Ababa and Jakarta, Chicago and Geneva in the coming months.

Part of Vision 2025 is aimed at making the Ethiopian capital a transport hub, connecting other African countries without long-haul capacity to continents around the world.