A backlash against Airbus over its threat to quit Britain if there was no Brexit deal was gaining ground over the weekend after it emerged the company had asked MPs for fresh government funding just hours before. 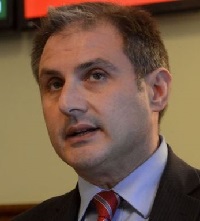 The Sunday Express website reported Airbus held talks with MPs and ministers on Thursday, discussing the possibility of receiving taxpayers’ cash and opening a new facility in the UK.

It was after this meeting Airbus published its warning to the government, but Tory MP Jack Lopresti, who represents Filton, said the company’s representatives had “never once” mentioned Brexit as a problem.

Lopresti said the Airbus statement was “a ridiculous empty threat" and told the Express the company seemed to be in a state of confusion about their position.

He added: “One could be forgiven for thinking that some EU member state governments were using Airbus to try and influence the UK into giving them what they want in any future Brexit deal.”

Airbus said its statement, which it called a “risk assessment”, was designed to
“outline the urgent risks to its business arising from the UK exiting the EU without a withdrawal agreement”.

Exiting without a deal, meaning leaving both the single market and customs union immediately and without any agreed transition, would lead to severe disruption and interruption of UK production, it said.

Andrew, with due respect I not sure I follow.The bits built by Airbus will be done to the same standard as now; it will be a UK "export" so we will require minimal or no paper work, but the EU in their wisdom might insist on such at their border. In which case Airbus should direct their lobbying to Brussels. To underline my point about WTO rules, I understand that since the beginning of 1980 there is an agreement which accepts aviation as a tariff free global business. The Daily Express " false" news argument is neither here nor there in this particular case.

I think using the Express to report anything fairly - especially regarding Brexit I think throws he accuracy and impartiality of this news letter into real doubt.

I see the Brussels Broadcasting Corporation lapped this story up, overlooking the taxpayers' cash angle. But then what do you expect. Encourage Boeing expand its presence here instead; it will.

If the Airbus plant in Toulouse urgently needed a lorry-load of bits from the Airbus factory in Cheshire, those bits could be loaded on a lorry and driven straight to Toulouse. The only bit of bureaucracy anyone would see is the need for the driver to have a passport. If we leave the EU, and especially if we have a hard exit, life will not be that easy. There will be a need for paperwork at Cheriton - ok, maybe electronic paperwork, but still an overhead. That need for paperwork is likely to lead to delay. So why not make the parts in Toulouse rather than Broughton in future?

I am surprised you publish this statement published in the Daily Express. This newspaper is one of the poorest in the UK and in no way can it be taken seriously. As for the MP, though his biography refers to his experience in his parents' ice-cream business it does not mention any work in Aviation. Besides which his comment is inaccurate Airbus UK has made repeated warnings about the deleterious effects of Brexit.

As I understand it, under WTO rules, intermediate goods as part of a supply chain, can cross borders tariff free, so where would the problem be?