As the parliamentary vote on Heathrow expansion looms today, Airlines UK, the industry association that represents UK carriers, added its voice to the debate with chief executive Tim Alderslade saying there can be no turning back if the vote is lost. 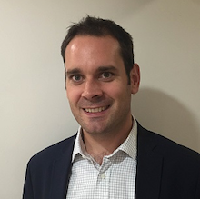 “It is now or never for Heathrow expansion and the prospect of a bigger and better hub airport,” Alderslade said. “We hope MPs will recognise this and provide the all-important political support needed to take the scheme to the next stage.”

Airlines were clear they would respond to the unlocking of capacity by creating new routes and providing consumers with more choice and frequency – including to UK regional airports, he added.

He noted carriers had been vocal in expressing concerns about some elements of the project, in particular its cost and affordability, but this was a debate that could now be able to play out during the planning process.

“We will be working closely with the government and Civil Aviation Authority to ensure they protect customers from increased costs and inefficiencies, and the secretary of state must enforce his stated aim of keeping passenger charges at today’s levels,” Alderslade said.