Weiss to take over at Virgin

Virgin Atlantic’s top job is changing hands on 1 January with current chief commercial officer Shai Weiss taking over from Craig Kreeger as CEO. Kreeger will stay in the role until the changeover. 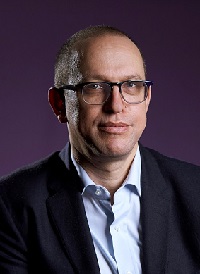 The move comes as the airline prepares to embark on its mid-range corporate plan, Velocity, in 2019 with an expanded four-way joint-venture partnership between Virgin, Delta Air Lines and Air France-KLM at the heart of it.

Kreeger said: "Ever since my appointment as CEO in February 2013, I set out to ensure Virgin Atlantic and Virgin Holidays realised their full potential by empowering our people to provide a uniquely Virgin Atlantic service.

“As we embark on Velocity, I consider this to be the ideal time to pass the leadership baton to Shai and for me to begin a new chapter."

Air France-KLM is acquiring 31% of Virgin Atlantic, meaning 80% of the UK carrier’s shares will be comprised of SkyTeam members by early 2019. This suggests in turn one item on Weiss’s agenda is whether the UK carrier will join the alliance.