Fares lower by up to 30% and new UK and European routes will result from an expanded Heathrow because it would allow the entry of low-cost carriers to the airport at scale for the first time, according to easyJet. 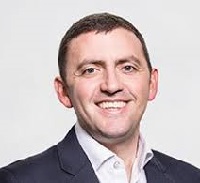 The airline says passengers would benefit from increased competition to legacy carriers through lower fares and the new entrants would also launch flights to UK and European airports not currently served by Heathrow, providing important economic connections to the hub.

EasyJet says it is encouraging UK airports and local, regional and national governments and other business and development agencies to make “the most compelling case” for connections to Heathrow.

Chief commercial and strategy officer Robert Carey noted the airline has been working closely with the London hub for several years and had confirmed low-cost operations would be viable there.

This would include easyJet’s requirements for its ‘walk in, walk out’ boarding process and 25min aircraft turnaround time, practicalities that the airline and the airport had agreed in 2015 in an Indicative Operating Framework.

Carey said an easyJet base at Heathrow would be in line with its strategy of flying between Europe’s primary airports with strong demand from business and leisure passengers, as evidenced at Amsterdam Schiphol and Paris Charles De Gaulle.

So easyJet plans ‘walk in, walk out’ service at LHR. On other words no use of jetties, in other words make LHR like a third world airport, just like it has done so at LGW, where or is regular for passengers sitting in the front to board via rear steps and vice versa. Regular occurrence, and delays departures.

Regional airports should keep in mind that they could lose direct flights to elsewhere if they have frequent connections to Heathrow. Official figures show they would have 5mppa fewer passengers in 2040 with R3 at LHR. Yes, we need a new runway but let us not over-egg the case.