The first ever direct flight between Scotland and China landed last week at Edinburgh Airport on a momentous day.

A four times per week, year-round service with Hainan Airlines to Beijing Capital International Airport is Scotland’s first connection to the Far East.  It is seen as a major boost for tourism in Scotland and increases business links with the Far East, both of which will benefit the Scottish economy.

“We know Edinburgh is second only to London for Chinese tourists and we are eager to welcome more people to our fantastic capital city, but it’s also about connecting people from Scotland to Beijing and wider China thanks to Hainan’s hub network”.

The route will be serviced by an Airbus A330-300 with 32 flat-bed seats in a 1+2+1 layout and 261 Economy seats 2+4+2. and includes a stopover in Dublin as part of an innovative flight model which links the three capital cities.

On Tuesdays and Saturdays the flight arrives into Edinburgh from Beijing at 06:00 and departs for Dublin at 08:00 and then on to Beijing.

On Thursdays and Sundays the flight arrives into Edinburgh from Dublin at 09:10 before departing for Beijing at 11:10. 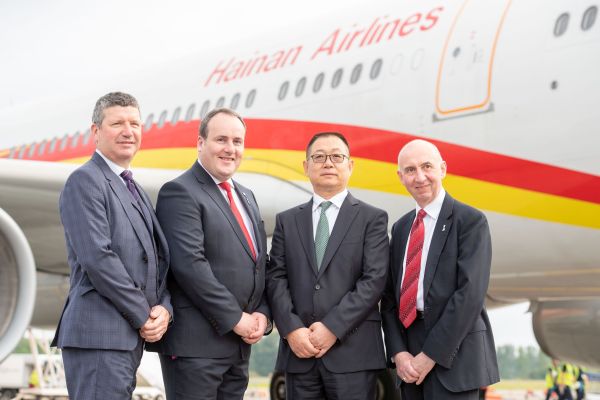