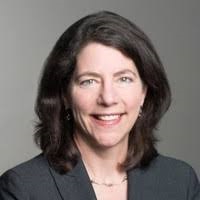 Air Canada has added Zurich and Paris to its schedules with the inaugural flight of a thrice-weekly service to the Swiss city on Friday and four-times-weekly flights to the French capital, which took off on Saturday.

Air Canada is servicing the new routes with the Boeing B787-9 Dreamliner, featuring the airline’s Signature Class lie-flat pod suites as well as Premium Economy and Economy Class cabins.

The new routes join a number of expanded air services from Air Canada at YVR in the past year, including new flights to Denver, Dallas, Boston, Melbourne, Taipei, Nagoya, Frankfurt, Yellowknife, Orlando and Sacramento.

New services at YVR can take advantage of the airport’s five-year rates and charges programme, ConnectYVR, which provides a competitive rate structure with lower charges than other major Canadian airports or competing US airports.