The government last week published the final version of a national policy statement confirming ministers’ support for a third runway at Heathrow. MPs will now be asked to vote on the matter, with a debate likely probably by 11 July.

While most attention is focused on London, transport secretary Chris Grayling also promised to ensure regional airports such as Newcastle and Durham Tees Valley benefited from Heathrow expansion.

He said: “I’m very clear that there will be legally-binding mechanisms in place to reserve those slots for regional airports.”

Last week’s announcement followed a consultation last year as part of the government’s development of a new Aviation Strategy and was widely welcomed, though there were reservations about how long Heathrow expansion might take.

Grayling said the £14bn runway, which is being funded privately, could be completed by 2026, but some MPs have said taxpayers would end up paying for associated road improvements and other upgrades.

Heathrow itself said the Parliamentary vote would be a major milestone for the airport and if successful would set the policy framework for the northwest runway application.

The airport is now preparing to hold a second public consultation on its plans before submitting a development consent application to the Planning Inspectorate, kick-starting an 18-month approval process. 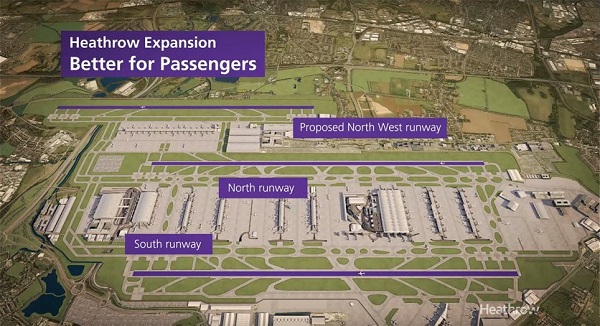