“Prolonged delays” in delivery of its new Airbus A321neo aircraft were blamed by Primera Air last week for its decision to suspend all flights between Birmingham and New York and Toronto for this summer. They were due to start on 21 June. 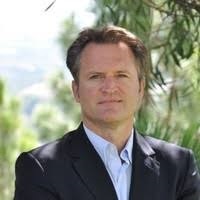 The airline said its priority now was to ensure all affected passengers were compensated under EU261, adding those affected had been offered full refunds and alternative travel from Stansted.

Airline chief executive Andri Már Ingólfsson said: “The plans for the transatlantic routes have been in the making for over a year and both Primera Air and Birmingham Airport have put a lot of effort into promoting the new routes, which were welcomed by the region.

“Unfortunately, we did not anticipate such severe Airbus delays and the prolonged hold-up has forced us to make this difficult and disappointing decision.”

Primera said it would resume long-haul operations from Birmingham in 2019 once its Airbus fleet is operational, and its long-term transatlantic plans for Birmingham were unaffected.

A Birmingham Airport statement pointed out that a 70% load factor on Primera’s initial New York flights was evidence of the demand for flights between Birmingham and North America.

Primera had already announced in January it was dropping plans to serve Boston from Birmingham.