Northern Ireland last week revived the debate over Air Passenger Duty (APD) by putting a figure on what it says the tax levied on flights out of Belfast International Airport is costing the local economy. 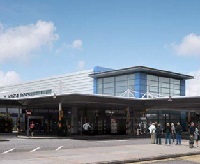 Ministers said the area could see “an anticipated economic boost of historic proportions” with almost 40,000 new jobs created over the next 30 years – if the government removed APD on flights serving the region.

The new jobs would generate an additional tax ‘take’ of £376m for the Exchequer through National Insurance and Income Tax and Northern Ireland tourism would deliver an increase in Gross Value Added of £2.7bn.

These headline findings from an independent report form the core of a submission on APD to be made to the government by the airport on the basis of Northern Ireland’s land border with an EU member state.

The report authors say this makes Northern Ireland unique in the UK as policies deployed in the neighbouring jurisdiction had a significant and damaging effect on the region.