The All-Party Parliamentary Group on General Aviation has called on the prime minister and transport secretary to grant “official safeguarding” status to the UK’s 123 licensed or certificated airfields. 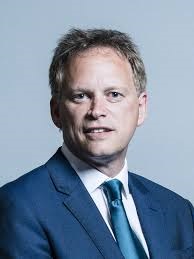 The 155-member all-party group has written to the ministers to say many UK aerodromes are facing serious battles for survival due to neighbouring developments which hamper aviation activities, while the Civil Aviation Authority “has no statutory say in the matter”.

This has created a “bizarre position” whereby the organisation responsible for the UK’s £60.6bn aviation sector is not obliged to ensure continued aviation use at many of the country’s airfields.

Official safeguarding status is awarded to civil aerodromes by the government to ensure operation and development are not inhibited by neighbouring developments such as buildings which could interfere with navigational aids or distract pilots.

The effect of this is any development proposals require consultation with the CAA but currently only 29 aerodromes in England and Wales and 12 in Scotland are officially safeguarded.

APPG chairman Grant Shapps said: “In the year we celebrate 100 years of the RAF, it cannot be right that we continue to see our country’s proud aviation heritage extinguished.”

In view of the time taken to build a new runway at Heathrow, the preservation of the essential network of current airfields is vital. Projection the needs of Business and Generasl Aviation must be a Government priority. Safeguarding will guide Local Planning Authorities who may not otherwise be aware of the National Asset rather than a local issue. Charles