Maintaining its position as an aviation pioneer, Ethiopian Airlines takes delivery tomorrow, Tuesday, of its 100th aircraft, a Boeing B787-900. It becomes the first African carrier to operate a 100-aircraft fleet.

Group CEO Tewolde GebreMariam said: “It is an honour for all of us at Ethiopian to reach this milestone of 100 aircraft and a continuation of our historical aviation leadership role in Africa.”

GebreMariam noted fleet modernisation and expansion was one of the four critical pillars of Ethiopian’s Vision 2025 strategic roadmap to support a fast-expanding network which now covered more than international destinations in five continents.  The airline still has five more B787-900s and 16 A350s on order, among others. 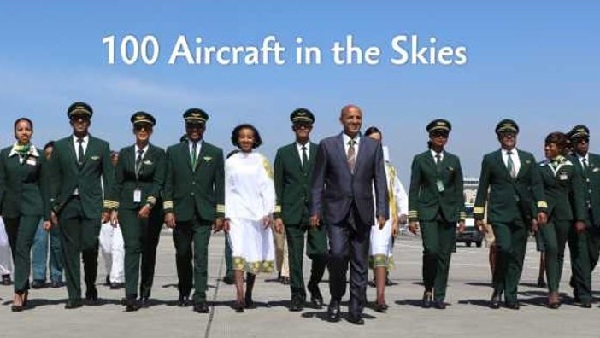 Great achievement, congratulations ET! A shame TWA is no longer around to see the fruits of its investments in the 1940's