Government moves via an amendment to the Air Navigation Order 2016 to rein in misuse of drones were welcomed last week by the Royal Aeronautical Society, reflecting industry concern at recent incidents. 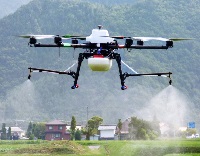 Tony Henley, chairman of the society’s Unmanned Aerial Systems (UAS) Group, said: “The market in civil drones is developing rapidly, driven largely by small, cheap and versatile systems with a variety of uses.”

While acknowledging the UK was well placed to capture the economic gains from this fast-growing industry, he added: “There is understandable fear and caution about the more widespread use of drones.

“The government’s introduction of new laws to restrict all drones flying above 400ft and within 1km of airport boundaries is a wholly sensible first step to addressing the unsafe or anti-social use of drones by irresponsible or inexperienced operators.”

Henley noted the draft Drones Bill due this summer would rightly give the police more powers to deal with the inappropriate use of the machines, but should also look to support commercial drone operations, which had potential to boost UK economic gains.

“The government should use the Bill to create a regulatory framework that will encourage the safe use of drones and grow widespread public acceptance of drone operations,” he added.