The Welsh government is going to bat over domestic air travel by proposing a number of new Public Service Obligation (PSO) routes be established to improve connectivity at Cardiff International Airport. 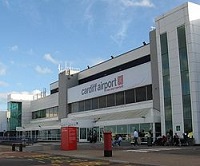 Wales’s economy secretary Ken Skates is working with the UK government and European Commission. PSOs are exempt from Air Passenger Duty (APD), which would remove £26 from the cost of a return journey.

The initiative, which Wales wants to cover nine routes including London, Manchester and Aberdeen, would allow airlines to operate services exclusively for four years. Flights are expected to start in spring 2019 if carriers take up the contracts.

EU member states can put the PSO designation on routes which are considered vital for the economic and social development of a region in order to maintain appropriate air services.

Skates said other potential routes under consideration included Leeds Bradford, Humberside, Newquay, Glasgow, Inverness and Norwich. Some have already been tried by airlines including Flybe, but were axed for economic reasons.

Others such as Cardiff-Glasgow already have a daily return service but ministers want to increase it to twice daily to boost demand from the business community.

Skates said a “modest marketing budget” would be offered but no further subsidy.

One of these PSO routes from/to Cardiff- Hawarden (Chester/North Wales) would be worth a go...a medium propliner To/from Cheshire/Liverpool/ North Wales catchment area with say 30 mins flying time as opposed to the 'Stop Start' train journey to/from the Welsh capital for people from N.Wales to their Capital or direct Commerce from that particular area of England (Mising Out On A Manc. Dep) and hard to access quickly...RAF Valley may be viable ? Plus a new quick destination for Wirral/Cheshire/Lancs & South Wales Shoppers..What Do I know ? Paul. London.