More choice for passengers visiting Moscow was announced by British Airways last week with the addition of Sheremetyevo International Airport (SVO) to its schedules. 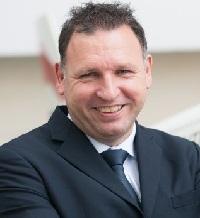 From 28 October, the airline will operate one of its three daily services to SVO, 18 miles northwest of central Moscow, instead of Domodevo International Airport (DME), which is 26 miles southeast.

Head of sales for Europe Joerg Tuensmeyer said: “Switching one of our three daily flights opens up the north of Moscow the city for our Russian customers and gives more options to our UK-based travellers heading for that part of the city.

“Time is precious, especially for our business customers and frequent flyers, so this change allows them to spend more time in the lounge working or relaxing.”

Meanwhile, Dublin Airport has welcomed the launch of BA’s new weekly service to Manchester, which is operating until 30 September. It will utilise the 98-seat Embraer E190jet with Business and Economy classes. BA also operates between Dublin and Heathrow and London City airports.

The two developments come at a busy time for BA, which has also added a new four-a-week service from Heathrow to Marrakech from October. The airline already flies eight times a week from Gatwick to the Moroccan city.