Ken Cook, a doyen of the PR department from the time British Airways led the way in communicating with the media, has passed away. 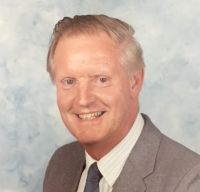 He joined British European Airways (BEA) as a press officer in the early 1960s, based at the airline’s newly-constructed West London Air Terminal on Cromwell Road. He was involved in promoting BEA’s major network development programme with the introduction of the Trident fleet. In 1973, BEA was merged with British Overseas Airways Corporation (BOAC) to create British Airways. Cook became a public relations manager with the new national airline, which was eventually privatised in 1987.

After BA’s takeover of British Caledonian Airways in 1988, he served for a period as the press contact at Gatwick. He returned to the airline’s Heathrow headquarters, where he was a senior PR manager with special responsibility for marketing development.

He retired from BA in the mid-1990s and died aged 84 on 7 May after a long illness. Always helpful and a founder member of the Aviation Club, he suffered from Parkinson’s Disease and had been in a nursing home for some while.

Cook's wife, Kirsten, said he died peacefully without pain. The funeral takes place at 13:30 on 30 May at Putney Vale Crematorium. He and his wife had two sons, Rupert (51) and Richard (47).

Very sad to hear. Ken was a true gentleman and a mentor/ inspiration to many of us who were then newcomers to the world of PR. He will be truly missed.

So sad to read of ken's passing. He was efficient in his PR role, courteous and knowledgeable, a positive thinker and a competent spokesman for the press. Condolences to Kirsten, Rupert and Richard.