The possibility of a second weekly flight linking South Africa with St Helena is being investigated after a successful seven-month period for the Saturday service operated by Airlink which began last October (BTN 25 September 2017). 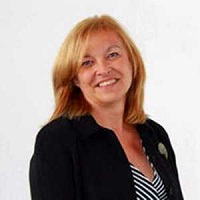 “Flights are going well,” St Helena governor Lisa Honan told BTN last week. “Since the service started we have had two delays, both due to low cloud and fog. We are looking now at the possibility of a mid-week flight.”

Honan said negotiations were continuing to resolve “aeropolitical issues” that meant passengers cannot yet connect from Cape Town in Windhoek or transit to and from Europe in the Namibia capital. “We are working on it,” she added.

Observers have been urging the relevant governments to resolve the problem with a UK – Namibia – St Helena bilateral given that Windhoek would offer a better European gateway than Johannesburg to the South Atlantic island.

He told the website airlineratings.com: “The airport on the remote British Overseas Territory island St Helena, once dismissed as the “world’s most useless airport” by British media, is proving to be a reliable asset.”