An additional daily flight between Gatwick and New York JFK is being launched this autumn by Norwegian. The airline says the move is to meet passenger demand. 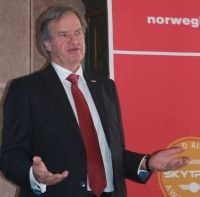 It will give the airline up to three flights a day on the route. Chief commercial officer Thomas Ramdahl said: "New York remains one of the most popular routes for Norwegian customers.”

Meanwhile, CEO Bjørn Kjos has revealed in a financial report for the first three months of this year that it is updating its fleet in a process that will involve removing up to 140 aircraft through delivery changes, disposals and selling or removals to leasing companies.

Affected deliveries were not disclosed, although the airline has previously switched six Boeing B787-9s ordered from Boeing to BOC Aviation, with five Airbus A320neos for delivery this year leased to HK Express of Hong Kong.