Heathrow plus business and unions

Britain’s business and trade union movements joined forces last week to declare that now is the time to expand Heathrow. The move comes ahead of an expected vote in Parliament in a few weeks’ time on the critical project.

The British Chambers of Commerce (BCC) and the TUC came together to urge politicians to support the expansion of Britain’s only hub airport. The project will be among the largest infrastructure projects in Europe.

Heathrow officials said it has secured the support of business groups and trade unions “because it is set to drive significant growth in British trade, create thousands of new skilled jobs and apprenticeships and underpin Britain’s post-Brexit future”.

The government has committed to hold a vote before the summer, which will set the framework planning permission for Heathrow expansion. The latest independent polling by ComRes has revealed strong cross-party support.

“With the clear support of Britain’s trade unions and businesses, our politicians can be confident it’s the right decision for Britain. The world is waiting for an expanded Heathrow and we’re ready to deliver.” 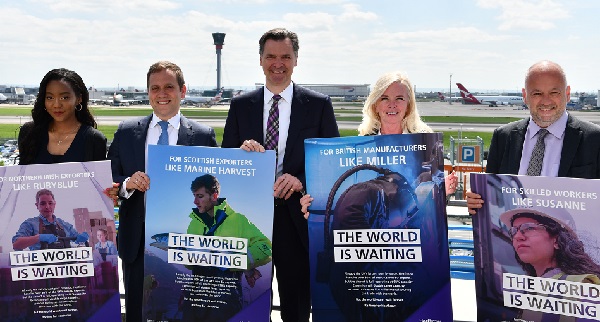