Transport for London (TfL) has been granted a Development Consent Order (DCO) by the Department for Transport (DfT) to deliver the Silvertown Tunnel – a new twin-bore road tunnel under the Thames in East London.

Although not acknowledged in the official announcement, it is very good news for London City Airport (LCY) and will help to ease the current serious congestion at the Blackwall Tunnel. That is currently the only reasonably close access to LCY from south-east London and Kent other than the Queen Elizabeth river crossing which is 18 miles from the airport.

The only problem is the name. BTN thinks the Royal Victoria Tunnel would be more descriptive, acknowledging both the past monarch and the area. Other suggestions welcome (see below). The new tunnel is not in Silvertown and is even further west than West Silvertown DLR station. It links the Greenwich Peninsula (O2) and the Royal Docks and will put severe pressure on the already congested A13. 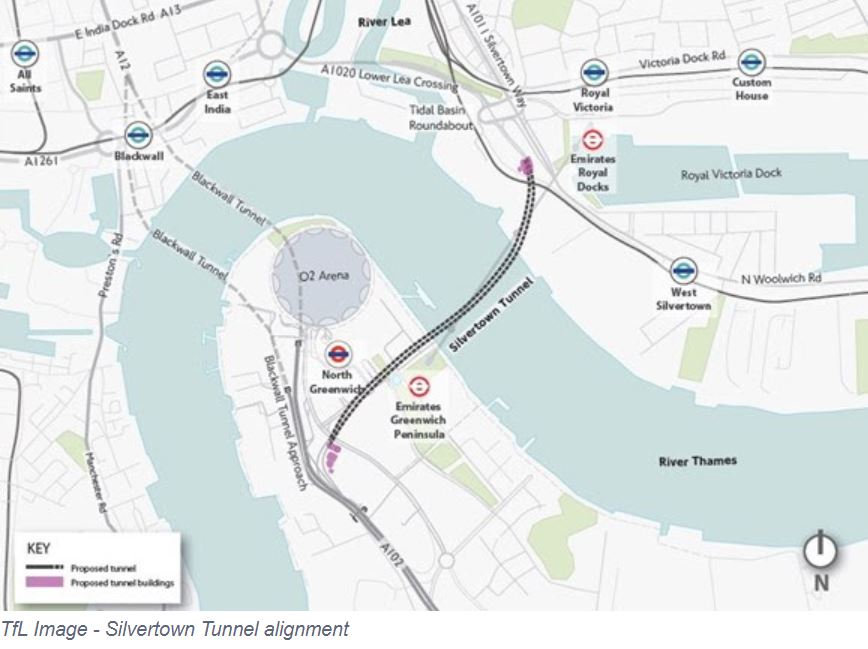