More flights from Glasgow from next winter are being planned by easyJet, with country manager Ali Gayward telling The Scotsman newspaper the airline was keen to “redress the balance” with Edinburgh. 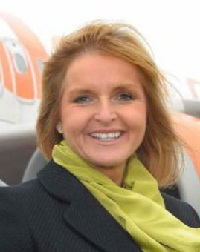 It follows a Ryanair announcement that it planned to cut back its operations from Scotland’s second city from 23 to three next winter, because of what it said was the Scottish government’s failure to honour a pledge to halve air passenger duty (APD).

EasyJet has eight aircraft operating 41 routes out of Edinburgh and four based in Glasgow, from where it flies to 19 destinations, but Gayward told the paper she would like to see the airline “do more flying from Glasgow”.

She added: “Glasgow is a really important strategic base for us. We are keen to see what we can do to redress the balance across Scotland. We expect to announce some new destinations this winter."

She told the newspaper only limited expansion was possible initially because of the lack of available new aircraft, but there would be opportunity for further expansion in two years.

Ryanair is moving the aircraft it has currently based at Glasgow to Edinburgh.