A third UK departure point after Gatwick and Edinburgh joined the roster at Icelandic carrier Wow air last week with the company’s inaugural flight from Stansted to Rejkjavik, which connects with Wow’s new long-haul route to Detroit.

In keeping with the tradition of naming its fleet after family members, the aircraft making the maiden flight, a brand-new Airbus A321ceo, had the tail number TF-DOG, in salute to man’s best friend.

Wow founder and CEO Skúli Mogensen said: “This launch highlights Stansted as a key gateway from the UK to the US and a reflection of our continued growth in Britain and our mission to offer greater travel possibilities on either side of the Atlantic.”

Stansted commercial director Martin Jones added: “Wow‘s presence gives us a great range of convenient onward connections to the US from the Iceland hub that are sure to be really popular with passengers from London and East of England.” 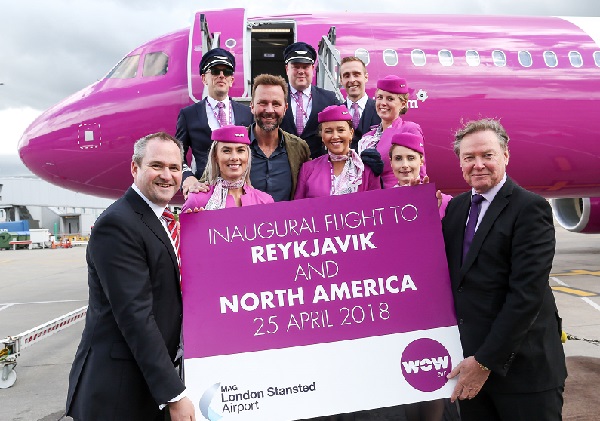